What do you usually do during a vacation? Some people love walking along the seashore. Others want to be pampered in a spa. If you are one of the more adventurous type and you wish to do something out of the usual, then you should try treasure hunting. You fly to different places around the world in search for treasures that are yet to be found. They may or may not be true, but if stories are to be believed, you might actually find them somewhere. Let us take a look at some of the most interesting real life treasure hunts that still exist and are just waiting to be found.

There was no clear explanation as to how a ship sunk in the Salton Sea when its route was from the area. There were different theories formulated over the years. This would not have really been that big of a deal if not for the million dollars’ worth of pearls that sank with the ship. In 1870, there was a man named Charley Clusker who allegedly found the treasure. The story wasn’t even verified and no other person came forward to claim that he found the treasure. It only means that the pearls might still be out there.

$63 Million worth of minerals in Bedford, Virginia

There was a story of men traveling a long time ago and were able to mine gold and silver amounting to $63 million in today’s money. They hid it so that only their loved ones can find it. They created 3 ciphers and placed it on a box before giving it to a caretaker who is supposed to open it 10 years later. Of the 3 ciphers, only 1 was figured out and it contains the items on the treasure while the location is yet to be decoded. If you happen to be in Virginia and you wish to solve the puzzle, you might actually be lucky enough to find the hidden treasures. Even if you don’t, Virginia is such a nice place for relaxation.

There were French pirates who were so good at stealing and smuggling treasures that they have accumulated a lot over the years. When they couldn’t sell everything they have stolen, they decided to bury them. It is believed that those treasures are still somewhere in New Orleans, Louisiana right now. It could be near Lake Borgne or in the Sabine River. While you are in Louisiana on a holiday, you might want to try treasuring hunting.

The Treasure of San Miguel 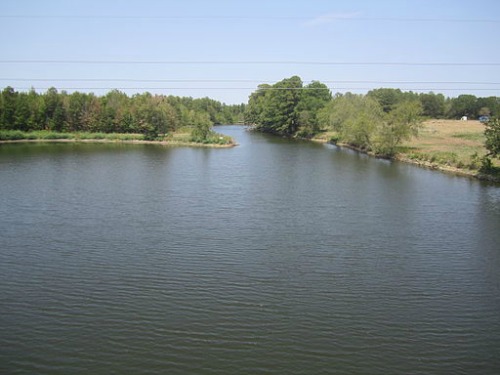 In the 1700’s, Spain was a powerful international force. It was one of the richest countries and they planned to assemble a fleet of 11 ships containing jewels, golds and pearls. They planned to leave Cuba before the hurricane season started. Even if they did, in just 6 days, all ships sank. Everyone died and all of the treasures were left buried under the sea. An estimated $2 billion of them were lost. 7 of the ships were said to have been found but the Ship of San Miguel containing most of the treasures is yet to be found. It is said to be on the eastern coast of Florida or just somewhere near Cuba. Who knows? If you are on a holiday in Cuba, you might be lucky enough to find the treasures.

True or not, these hidden treasures are a great reason for you to fly to different locations for a treasure hunt. If you failed, it is fine. The point is you have enjoyed every moment of it.

Featured and 1st image by The original uploader was Geographer at English Wikipedia [CC BY 2.5 (http://creativecommons.org/licenses/by/2.5)], via Wikimedia Commons

2nd image by Billy Hathorn (Own work) [CC BY 3.0 (http://creativecommons.org/licenses/by/3.0)], via Wikimedia Commons