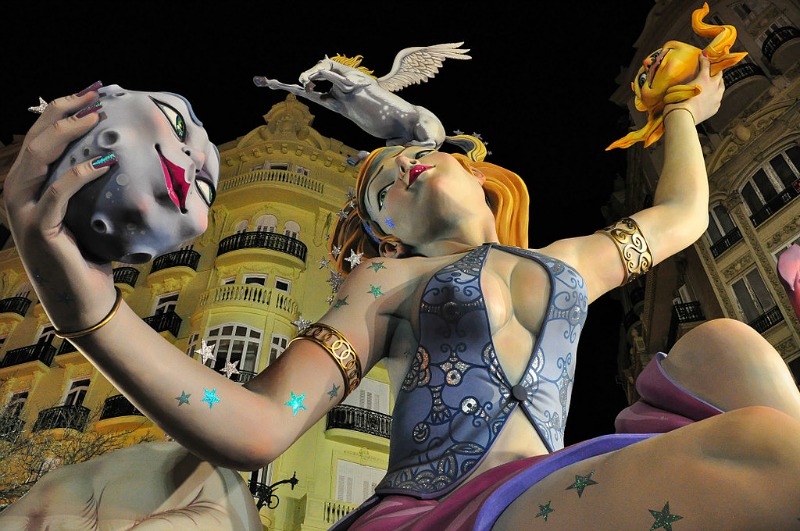 Spain is such a culturally rich country. It used to be among the most influential countries in the world. In fact, until now, Spanish culture is so vibrant in various parts of the world. However, nothing beats the authentic experience of Spanish culture when you see it with your eyes in Spain. Here are some of the craziest festivals you need to try while you are in Spain. Given their uniqueness, you will most likely learn something new from being a part of it.

This is a festival that is already gaining worldwide popularity. You can throw tomatoes at your friends. If it does not sound weird enough, the entire festival would actually waste 150,000 kilograms of tomatoes. Within just seconds after the festival is opened, people are covered in red liquid. The actual fight is just for an hour, but a lot of tomatoes are gone. Aside from tomato throwing, there is also party all-day long.

Imagine seeing statues that look really amazing. The first thing you want to do is take picture of them as if they deserve to be revered. In this festival, these impressive statues are burned. It happens every March in the city of Valencia. It is a traditional celebration to honor Saint Joseph, the patron saint of carpenters. Large paper-mache statues are created with attention to details. They are usually satirical in nature. Regardless, the final output looks really amazing. Usually, hundreds of these statues are created during the festival and some of them would work on the statues for the entire year. At the end of the festival, all of these creations are burnt and the year-long efforts to create them go up in smokes. People vote though to spare one creation and it automatically goes to a museum.

This festival is all about how Christians defeated the Moors who have ruled Spain for about 700 years. The scenes during the battle are reenacted. It is also a fun-filled festival as there are days of parades, fireworks and street parties. Basically, it is all about victory and literally kicking the Moors out of Spain, so you can expect people to go really wild.

If throwing tomatoes was not enough, this wine festival is even worse. It starts with a huge street party that takes place on the evening of June 28. The main event is scheduled the following day. The day starts with a procession of San Pedro, the patron saint. Then, locals who are dressed in white shirts and with red scarves carry huge buckets filled with red wine. There is a mass first before the celebration and when it is over, it is when the fun begins.

Spanish people can go really crazy when it comes to their festivals. You should not miss the fun and excitement by placing these dates on your calendar. Once you have joined the festivities, you would surely love to go back and join the fun again.