Toledo used to be the capital of Spain until the 1500’s when it was moved to Madrid. It’s known as the “City of the Three Cultures” as Jews, Muslims and Christians co-existed peacefully in this municipality. Another popular nickname for Toledo is the “Imperial City” as the court of Charles I was mainly based here. This place had been around since the Roman Empire and the architecture and art that date back to the said period are still prevalent when you explore the city. You’ll be lost in time with the old cobble stone streets and medieval structures that include mosques, synagogues and cathedrals. Sitting on top of the Tagus River, your eyes are also up for a treat on the gorgeous view.

Toledo is 70 kilometers from Madrid and transportation is not a problem as there are various options available. If you’re driving your own car, you wouldn’t get lost as there are signs on the road pointing to the right way. There are also buses, trains and shuttle service that you could take to reach this place. If traveling to this UNESCO World Heritage Site, here are some of the things that you should definitely add on your list.

This is something you shouldn’t miss as a visit to Toledo wouldn’t be complete without setting your eyes and foot on this cathedral. It’s one of the main structures and attractions in the city, sitting tall on top of the hill. Having been built in the 13th century, its gothic architecture now gets the admiration of many tourists. There are oil paintings and portraits of the cardinals of Toledo from 500 years ago. You’ll also get to see some of the great works of well-known artists including El Greco, Titian, Goya, Rubens and Raphael. 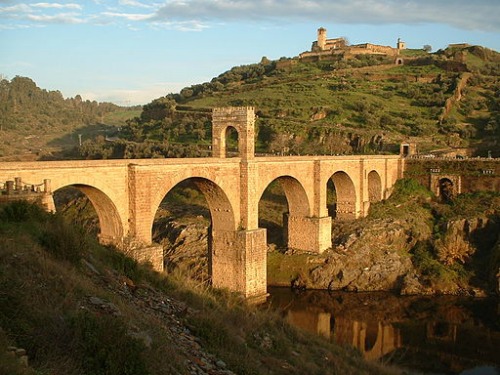 The original bridge was already there during the Roman Empire, which was rebuilt in 866 by the Moors. This bridge that is now standing on over the river, giving you a majestic view of the surrounding city and hills, had been around since 13th century.

Toledo is known for its rich art culture, which is why your tour should include a trip to one of its finest museums. Doménikos Theotokópoulos who’s a master in Spanish painting was born in Greece but moved to Spain in 1577. He was called El Greco, which means The Greek, thus the name of the museum. See his works at the Museo El Greco including his popular paintings like San Bernardino, the Crowning with Thorns, Christ with the Apostles and View of Toledo. There are also artworks from other Spanish artists like Miranda and Zurbarán.

This too sits on top of the hill and its locations made it a perfect structure to be turned into a fortress during the Roman empire. Aside from being part of history, its striking renaissance architecture would also make your eyes drop. This structure underwent restoration and it now holds an Army Museum where you could find various Civil War exhibits.

Walking around Toledo alone even if you don’t have a specific itinerary in mind is already an experience. The streets and the structures would bring you back to the medieval times.