There are several reasons why countries suffer from political unrest. It could be due to a territorial dispute with a neighboring nation. It could also be due to a despotic leader who tries holding on to power despite the challenges to the administration. It might also be due to local crimes with huge organizations behind them.

These places sound scary, but it does not mean you have to avoid them completely. They might still have something to offer and you should not let go of the opportunity. Just do the right thing to avoid being at risk during the trip.

Some countries have risky places, but there are areas that are still deemed safe. Stick to these places only. Don’t go to places that have serious red flags thrown by the government. You will get yourself in sure danger when you are in these areas. Research in advance before leaving and heed the advice of the government. 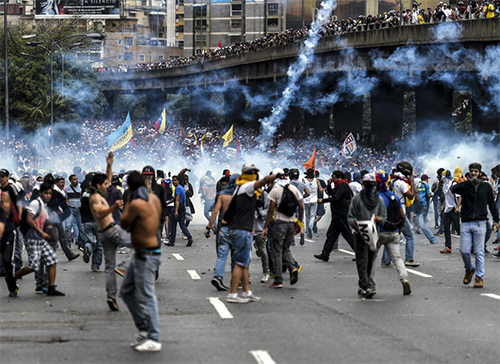 There could be political protests all over the place or even groups of men fighting against military or police officers. Don’t join them. If you see large crowds gathering in a certain area, just try to avoid going there. Look for other places where you can still have fun but not put yourself at risk. Don’t feel like you just want to be there as an observer. Once you are there, you will be under fire whether you like it or not.

Not knowing where your embassy is

Whether you are in a local pub or other places where people socialize, try not to discuss anything related to politics or issues that are totally heated. The discussion could easily escalate and lead to physical assault. You don’t want to be in trouble with the locals especially if you are alone. Keep your opinions to yourself. Otherwise, just be there to listen without making any comment.

Traveling without a guide

There are places where tour guides are not just encouraged, but required. They are locals who know the area well. They can speak the language and will protect you throughout your trip. Once you are only allowed to travel with a guide, you can either hire a trusted guide or not push through with the plan at all.

There is nothing wrong in exploring the world even during the most difficult of times. It only shows how tough you are. You are taking the risk because you have a lot of questions in mind that can only be answered when you have actually visited the place. Just remember that safety should always come first.

Featured and 1st image from http://gppreview.com/social-and-political-unrest-3/