Krakow used to be the capital of Poland before it was changed to Warsaw in 1609. It’s fondly called as the Magical City and according to legends, it was built from the cave where a dragon was killed by the mythical King Krak. The city endured a difficult past as it became under the rule of various nations including the Great Moravians, Piast Dynasty and Tatars. The French, Austrians and Russians also invaded it. It survived its dark past and it’s now the most visited city in Poland. Many of its old structures can still be seen in the present day. The city became known for its architecture, art, gourmet restaurants and nightlife.

Winter in Krakow is freezing cold. This may not be the best season to travel here as the weather may prevent you from trying various activities, especially exploring the outdoors. Summer is warm, while spring and fall also has nice weather. Here are some of the things that you should do on your trip to Krakow to make the most out of your stay.

This hill is a huge part of the culture and history of the city. This is where the Royal Castle can be found where the royal family of Poland used to reside. There’s also the Wawel Cathedral, which is also historical as this is where the monarchs were crowned and buried. The said cathedral has 18 chapels with impressive architecture. You’ll also find a large cavity on the hill called the Dragon’s Den. This was where the legendary dragon was believed to live.

Check Out Its Bars

Krakow is known for its bars and nightlife. There’s literally several options where to spend a great night drinking beer and dancing or enjoying music. Drukarnia, Podgorze, and Alchemia are some of the top spots to check out to experience the bar scene of the city. If you had too much to drink or you prefer a warm cup of coffee, there are also several cafes to choose from.

Since Krukow is rich in culture, history and art, there are many museums that you could check out where you could witness these. One of these museums is the National Museum, which main building houses permanent collections for the gallery of 20th-Century Polish, Gallery of Decorative Arts and the Arms and Uniforms in Poland. If you are curious about mummies, you should go to the Museum of Archaeology as you’ll find a collection of them here. Other museums to check out are Pharmacy Museum, Jan Matejko Museum and History Museum. 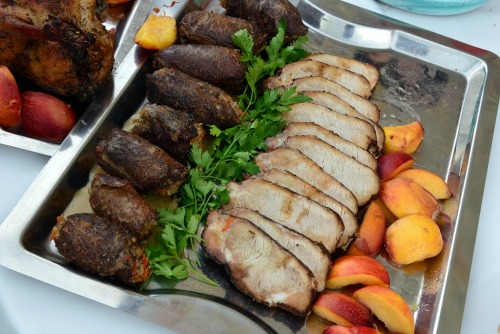 The people in the city of Krakow love good food. Polish households typically have sausage, cheese, eggs, red meat, pies, noodles, potatoes and bread in their table during their meals. Go to restaurants that serve authentic Polish foods or better yet, ask the locals in the specific area where you are in to see where they usually eat.

These are just some of the exciting things to put on your list when you visit Krakow. Other places that you may want to visit while in the city are Auschwitz-Birkenau, Rynek Glówny and Wieliczka Salt Mine.