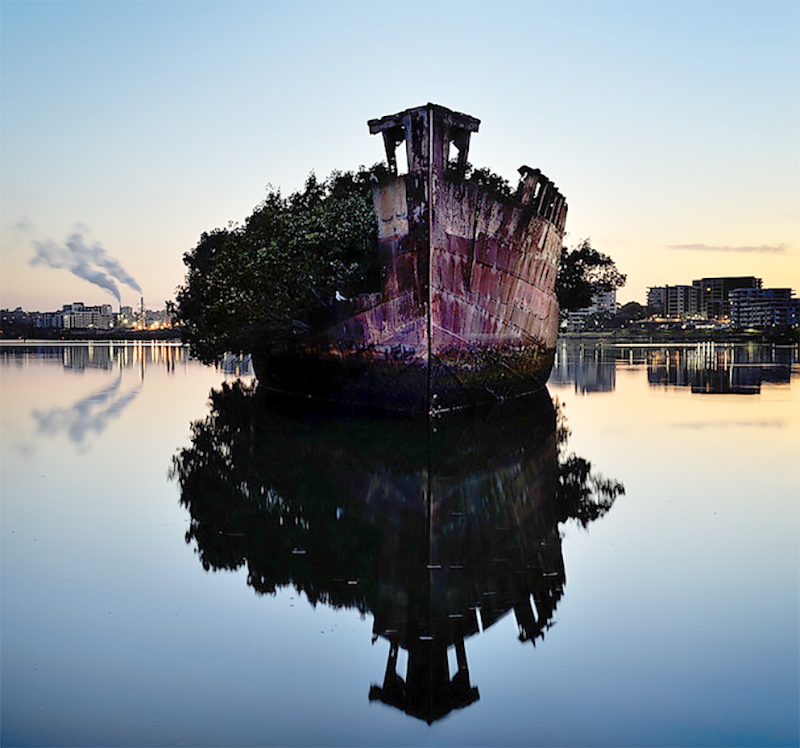 There are a lot of stories behind shipwrecks and why they were left where they are now. Over the years, the ships were totally abandoned and were frozen in time. Seeing them is like seeing a part of history that has survived for you to see. Of course, they are now totally non-functional, but some governments have decided to just leave them in place to preserve a historical artifact.

This is one of the most popular shipwrecks among photographers. It looks really great in pictures. Originally built in 1911, it was used to bring supplies to troops during World War II. It was left on the shores of Homebush Bay after the war. It was made from over 1,000 tons of steel. Despite this fact, there are still beautiful plants that have grown in the area. There is also a thick group of mangrove trees that make the ship really amazing when you see it in person. 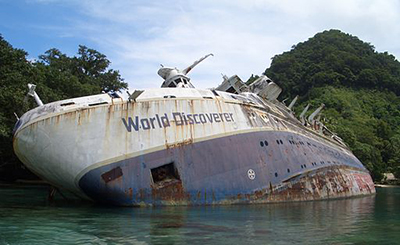 This used to be a cruise ship which was used by some of the most affluent people in the society. Sadly, it hit a rock and it led to a disaster. The captain was able to avoid the total sinking of the ship by running it aground. However, it was no longer useful since then. Its exoskeleton can still be viewed until today and it is worthy of being photographed.

It was among the most spectacular and advanced ships during its time. It was used to transport troops in the 1940’s. It was eventually sold to a development company and was supposed to be transformed into an aquatic hotel. Along the way, the ship met a bad weather and broke into two. Now, you can see just a little part of the ship above the waters while the rest has already sunken. Despite that, it remains as a tourist attraction. You can still see the beauty of this vessel that once hosted the elites.

It was built in 1952 in Poland and was sold in 1999. It was originally used by the Soviet Navy. It was destroyed around 2004 for unknown reasons. It lies a few feet above water, and has become one of the most popular destinations in Turks and Caicos.

This ship left Santa Cruz, Mexico in 1906 on the way to Portland, Oregon. It was supposed to pick up wheat to be delivered in the UK. Sadly, it ran aground because of strong winds. Since then, it remained in the area and became an instant tourist attraction. It is now a part of the Fort Stevens State Park.

These shipwrecks have interesting stories behind them. Hence, they are definitely worth seeing in person. Some of them were built ages ago. It is seeing history unfold in your eyes. They might not be there for long due to various factors so you better get the chance to see them now.

Featured and 1st image from http://www.weekendnotes.com/shipwrecks-homebush-bay/