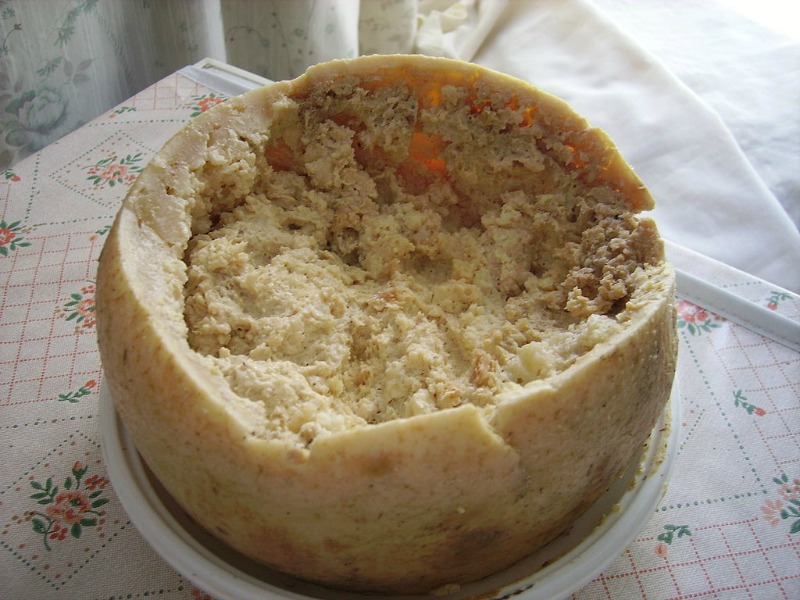 Every country has its own unique culture and tradition. It also has a unique dish to offer to the world. There are places though that takes uniqueness to an extreme. Aside from the beautiful sceneries and exciting activities that you can do on these places, you might also want to visit them just to have a taste of some of the world’s most exotic and weirdest dishes.

You might be a cheese lover up until you taste this weird sheep milk cheese from Sardinia. To form the cheese, it has to be deliberately infested with a cheese fly. As a result, you will get a stinky cheese that is on an advanced decomposition state. In fact, you are required to wear eye protection to avoid the risk of the larvae getting inside your eyes. It is also poses danger to your stomach as the larvae might go with the cheese and be left undigested up until they breed in your intestine. It is actually illegal to make one, but locals in Sardinia love this delicacy and still take the risk. 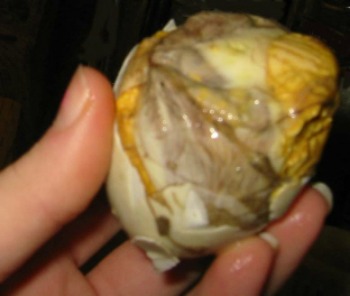 Unless you are allergic to egg, you have no reason for not eating one. Wait until you hear about balut though. It is a boiled aborted duck egg before it fully hatches. To eat it, you have to crack it partially open, sip the soupy part and continue opening the shell up until the yolk is revealed. As you turn it around though, you will see a small, feathery thing (yes, it’s the unborn animal!). You can eat that part too. It might seem like a weird thing to eat, but it is popular all over the country. It can also be found in other parts of Southeast Asia.

The moment you think of a camel, you think of an animal that is used for traveling in the desert. You don’t think of it as a dish! In Morocco, it is. The meat is cooked longer though because it is really tough to eat. It is really chewy and would take more time than usual to finish a bite. Perhaps, it doesn’t taste weird unless you know exactly what you’re eating.

This list will not be complete without anything coming out of Japan. The candied grasshoppers or Inago is made from actual grasshoppers. They’re crunchy, chewy but are really tasty. Just close your eyes on the fact that you are eating dead insects, and you can swallow this thing down. You can buy them in restaurants or even on the streets. They taste better with rice too.

These dishes might not be reasons for you to visit those countries. If anything, you might run away as soon as you are served those dishes. However, if you are tough enough and you want to try out something new, then go ahead and visit those countries for an authentic dish you can never taste anywhere else in the world.