China is gaining strength to become the world’s strongest superpower. It has also taken incredible steps to seal its place in the world stage. Its large population has also helped make it become the center for various business transactions. In fact, several major corporations now have ties with China and have stationed some of their people in the country.

If you are working for a huge company and your job is to visit China often to make deals with Chinese businessmen, it is such a challenge. Not only are you facing people whose culture is totally different from yours, but you also have to travel in an unfamiliar territory. These are some of the essential tips to take note of if you are traveling to China for business purposes.

Chinese people don’t easily accept deals as they are. You need to make negotiations with them. They will turn down certain transactions if they are not satisfied. Therefore, you have to do the same thing if you are not satisfied either. It is not offensive for them. In fact, they understand that it is a part of the process. It also means that you are just as engaged in the business as they are.

Usually, Chinese businessmen bring interpreters with them during meetings with foreigners. Sometimes, things are lost in translation. If you are uncertain or you don’t understand certain terms, make sure that you clarify it with them. Otherwise, it could spell trouble later on. You also have to understand that in their culture, no doesn’t always mean no. It might mean they can’t do it for now or they are still doing something else.

Always be polite and accept what you’re offered

Chinese people are very hospitable. If they give you something to eat or drink, learn how to accept them. Don’t say no or else it will appear rude. You might not get used to this culture, but this is how they do it in China. Unless you have a very serious reason for declining, don’t do it.

Don’t feel complacent once the deal is signed

In China, not all deals are to be honored as they are. They might change the terms along the way or they might change their mind. Constant communication is a must if you want to stay true to what you have previously discussed. It also helps that you talk to them often to give them a sign that you are serious in pushing through with the agreement. 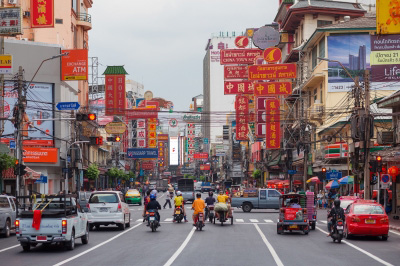 Once you have finished the business part of the trip, go ahead and explore China. This is considered home to more than a billion people. There are a lot for you to explore. They have tons of cultural practices, tasty dishes and customs to be a part of. You have to make the most out of your stay. Don’t just lock up in your hotel room. You will then break all the stereotypes that you have about Chinese people.

Whether the business transaction ends well or not, make sure that the experience is worth remembering.