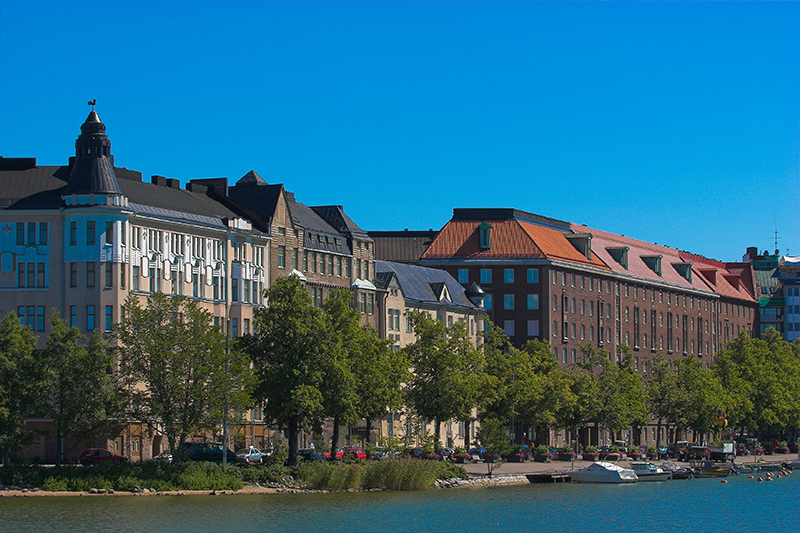 Helsinki is the capital and biggest city in the country of Finland. It’s located on the shore of the Gulf of Finland, in the Uusimaa region in the southern part of the country, facing the Baltic Sea. Its proximity to the ocean gives it a gorgeous water view. Although most of the city is flat, there are some hilly spots where you can get a better look of the beauty of the surroundings. Helsinki may have undergone urbanization, but it’s nice how it was able to keep its small town and laid back ambiance. The city is also rich in art, culture, architecture and history that can be experienced in its various attractions. Speaking of which, here are some of the top attractions that you should check out on your trip.

Since Helsinki is known for its art scene, what better way to experience this but by visiting the Finnish National Museum of Art, which is located at the south side of the city’s Station Square. It houses historic and contemporary collections of local and international artists. Some of the exhibits that you will find here are works from Finnish artists A. Edelfelt, P. Halonen and E. Järnefelt. International artists that have their artworks showcases in the museum are Vincent van Gogh and Rembrandt.

Enjoy the Beach at Hanko 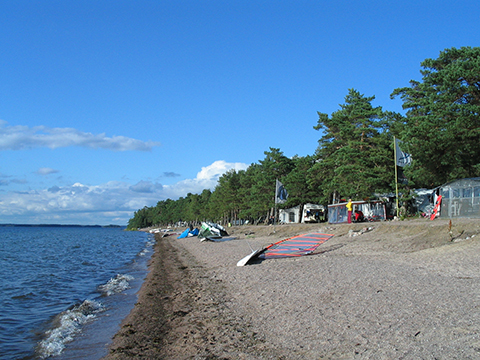 Hanko is located in the western part of the city and it’s popular for its gorgeous beaches. Have fun under the sun during summer time in the waters. Aside from the beaches, this town is also rich in history as it has been a subject of battle by the Russians and the Swedes. This is still prevalent in its architecture as it is a combination of Russian and Swedish style.

Step Back in Time at Seurasaari

Situated in the eastern part of the city, it can be accessed using a footbridge that’s connected to the mainland. There are timber buildings, a church from Kiruna and peasant houses that would let you experience the way of life of the Finns. The Friends of Finnish Handicrafts occupies an old house where exhibition of various textile products can be seen. You can also watch the weavers while in action.

Explore the Island of Suomenlinna

It’s a fortified island that played an important part to the Russians during the Swedish-Russian war in the 18th century. The Russians gave the control to the Finns in 1918. The Swedish Castle or the fortress of Sveaborg is the focal point of the island. It underwent restoration and was converted into a recreational and cultural attraction. It’s now one of the UNESCO’s list of world heritage monuments in the country. Although the island may seem far and secluded, it can actually be easily reached with a 20-minute ferry ride. The trip is all worth it because aside from stepping in a place that has been long part of the history, the view that awaits you is just stunning. The hills, rugged shores and vast waters are a wonderful sight.

Shop at the Market Square

Also known as Kauppatori, it’s a popular outdoor market not just in the city and country, but around Northern Europe. You can visit this market from spring to fall season. This is where you’ll get various Finnish products including flowers, foods and souvenirs. There are also several outdoor cafes where you can grab a snack while enjoying the view of the Baltic Sea.

Check Out the Rock Church 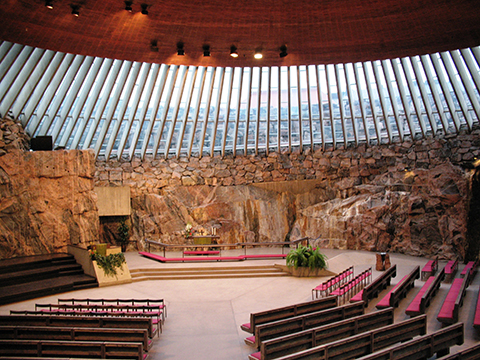 This is a unique church as it was built directly from Helsinki peninsula’s ancient solid rock. Its glazed dome allows natural light to get in. The dome is 13 meters high and it’s made out of glass and copper sheeting. Aside from serving as church, it’s also used as a concert hall.