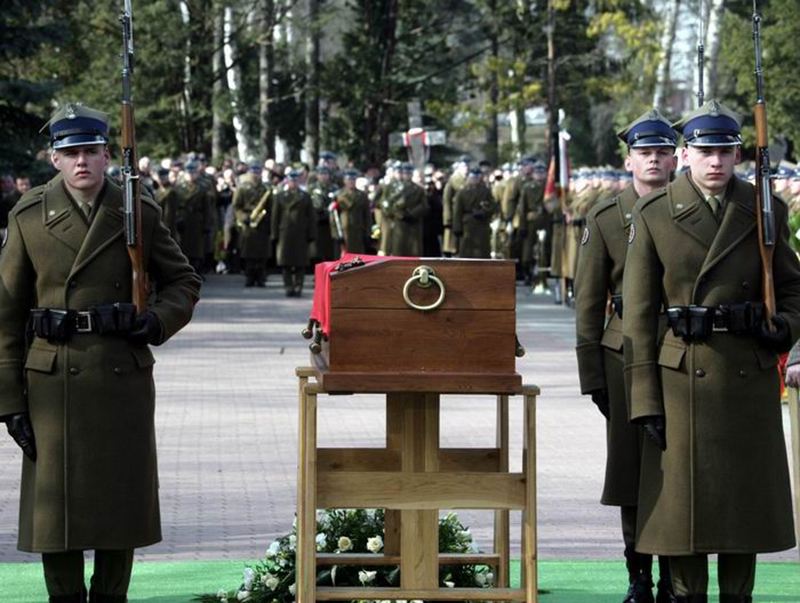 Funeral and death traditions may differ from one country or culture to another. With the Halloween, All Saint’s Day and All Soul’s Day just around the corner, we’ll get to know some bizarre funeral and death traditions that were or are still practiced in different countries. In case you travel in any of these places, there’s something about their culture that you already know about.

Cutting of Fingers in New Guinea

This is no longer practiced today as it has already been banned in the country. However, you would still see some of the people who experienced this practice and had their fingers amputated. Back in the days, when someone dies, any woman related to the dead would have her finger cut. One of the reasons for this is to express their mourning through physical pain. There’s also a belief that this would get rid of bad spirits. If you visit this country and you see old communities that have people with amputated fingers, you probably know the reason.

This one is also no longer practiced today. However, Brazil’s Wari people and Papua New Guinea’s Melanesians cooked the body of their dead on fire and feast on it. They believed that this would give them an everlasting connection with their departed ones. Moreover, it was also believed that it’s something that the dead would expect from their friends and family.

This is something that’s still practiced by majority of Tibetan Buddhists today. The body is left in an open field typically on top of the hill or mountain to be eaten by animals, particularly the birds. They either cut the body into parts or leave it intact. For the Tibetan Buddhists, the body is only an empty vessel and it is just right that it would be used to feed other living creatures. 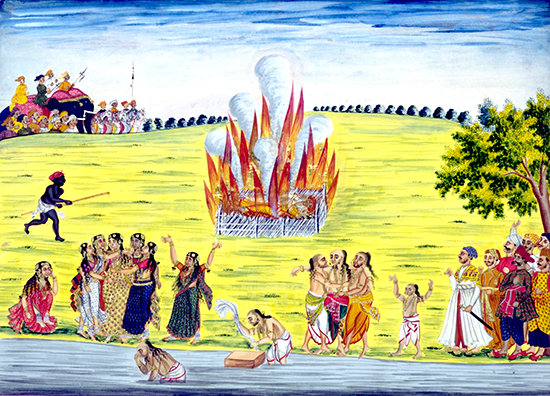 This is an old tradition that is already banned in India. When the husband dies, the wife will be burnt for various reasons. It is believed that the woman no longer have any value when her husband dies. This is also a way to make sure that women are marrying their true love instead of just marrying for the sake of money then killing their husbands. It’s also believed that it’s done so that the husband and wife will be together in the afterlife allowing the wife to drive away female angels who may tempt the husband. There’s also a similar tradition in Fiji that also takes the life of a relative so that deceased wouldn’t be alone in the afterlife. Instead of burning, it’s done by strangulation.

Cremation has been a popular choice for loved ones burying their dead in South Korea because of the limited graveyard space and the law that requires the grave to be removed after 60 years. However, instead of cremating the body and keeping the ashes, the remains are compressed and turned into gem-like beads. They are then colored in varying shades including black, pink and turquoise then displayed in their homes.

Turning of the Bones in Madagascar 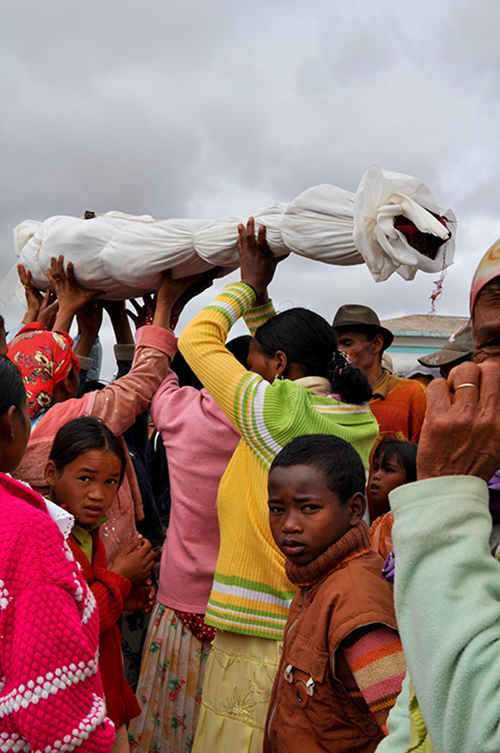 The Malagasy tribe in Madagascar celebrates the turning of the bones or also known as the “famadihana” every five or seven years. The bodies of their dead loves ones are wrapped in white cloth and sprayed with perfume or wine. A band plays during the event and the people dance with the dead bodies. This is a lively event for this people, which also serve as a time for them to catch up with each other. Moreover, they also take this opportunity to ask the blessings of their dead relatives or update them with what was happening in their community.

What can you say about these funeral and death traditions? Type your comments below.