Oslo is the capital of Norway. It’s also the country’s most populous city and its governmental and economic center. This global city is ranked as one of the best cities to live in around the world. It’s one of the biggest capitals around the globe when it comes to the area that it occupies. However, only 20 percent of the land it covers has been developed. The remaining part is made up of lakes, hills, preserved forests, open spaces and parks. It’s also popular for its museums, galleries, theaters and rich culture. This is a city that you would enjoy regardless of your interest. If traveling to this part of Norway, here are some of the things to put on your itinerary.

The area was known as Holmen before it became a shipyard in 1854, which was shut down in 1982. Today, it’s a popular destination for entertainment, dining and shopping in Oslo. It receives about 12 million visitors each year and it’s busy during daytime and nighttime. It still has some old structures, which were perfectly combined with the new ones. The sea front boardwalk gives it a relaxing feel. Don’t miss out on one of its patio bars where you would feel cozy and comfortable with the fireplaces and snug rugs. 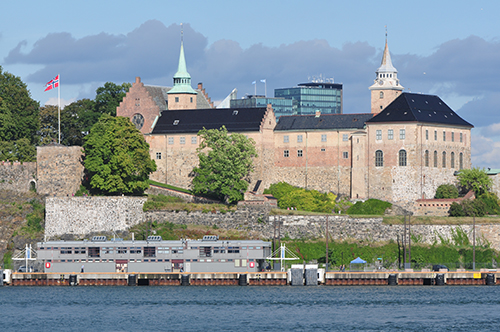 The fortress had been around since 1299 serving as the royal residence. This medieval castle was turned into a fortress in 1592 to protect Oslo from the attacks of enemies. The remains of the original castle can still be seen here today. Explore the grounds of the fortress and enjoy its wonderful harbor view with the cool breeze kissing your face. Check out the Museum of the Norwegian Resistance as well, which is just around the place. This is where you can learn more about what happened during the period when the city was occupied by the Germans. There’s also the Norwegian Armed Forces Museum. See the various collections of weapons and arsenals that the Norwegian Armed Forces used throughout the years.

The Royal Place is where the royal family lives. It was built in 1825 and it can be found in Karl Johansgate. The palace has 173 rooms, but it’s not open to the public. Although you can’t get in, you can walk around its grounds, as well as check out its beautiful gardens. While in the palace’s grounds, witness the daily changing of the guards.

Do you know of other must visit places or must try activities in Oslo? Type your comments below.