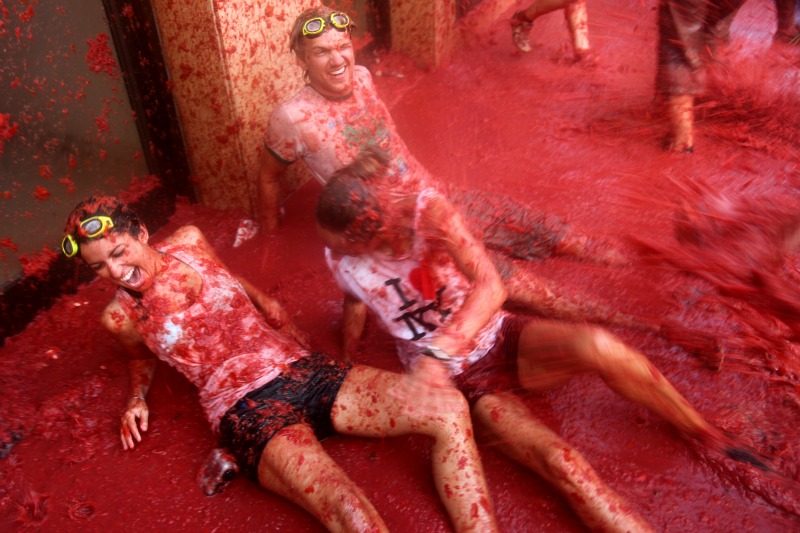 Festivals are some of the events that travelers look forward to when they visit a new place. They are usually fun and they are a great way to experience or witness local beliefs and traditions, as well as mingle with the people. While many festivities involve dancing, singing and eating, there are also festivals that are bizarre and are not like the usual festivities that you would expect. Here are some of them.

This is a food fight festival in the town of Bunol in Spain. While you would usually have your tomatoes on Spanish dishes such as Paella Valenciana and Caldereta de Caldero, on the last Wednesday of the month of August, you’ll see them not in these scrumptious recipes, but on the street and sticking on the body of the participants of the La Tomatina festival. Thousands of people from around the world fly here to celebrate and witness what’s considered as the World’s Biggest Food Fight. Trucks of tomatoes are hauled in Plaza del Pueblo, which is the town center. The tomato fight lasts for an hour. Fire trucks are then used to clean the street.

This is a festival that is celebrated in different countries by Tamil communities. These countries include India, Thailand, Indonesia, Myanmar, South Africa, Singapore, Malaysia and Sri Lanka. It’s celebrated around the months of January or February. It’s celebrated to commemorate the vanquishing of the evil spirit by Murugan with the spear that Parvati gave. Intense body piercings are endured by the people. Some are even pulling heavy objects with the hooks or piercings attached in the skin. They believe that the more intense the pain, the more they will be blessed. 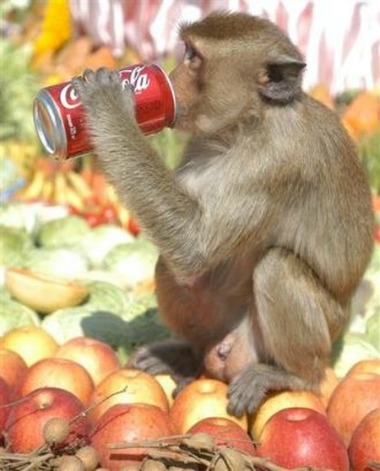 This is an annual festival celebrated every month of November in Lopburi, Thailand. Buffets are a great way to taste different kinds of foods and eat as much as you can. This festival offers a buffet that’s unlike the usual buffet that you have in mind. Buffet of fruits and vegetables are prepared for the monkeys. The Guardian newspaper in London listed it as one of the strangest festivals. While other festivals have their deeper reasons for their celebration, the monkey buffet festival doesn’t have one. It was started in order to attract more tourists in the area.

This is another festival celebrated in Spain, specifically in Las Nieves in July each year. The festival honors the patron saint of resurrection, Saint Marta de Ribarteme. What’s bizarre about it is that people carried on coffins are paraded during the event. They are not yet dead, but they experienced near death experience within the past 12 months. This is to show gratitude that they have escaped death and were given a second chance.

The festival is held from June to July. While there are various activities to check out such as art exhibits, auctions, parades and music, the highlight is the dropping of moose poop from hot air balloons. Be careful to be in a covered area if you don’t want to be hit and just want to witness the event.

Do you know of other bizarre festivals in other countries? Type your comments below.