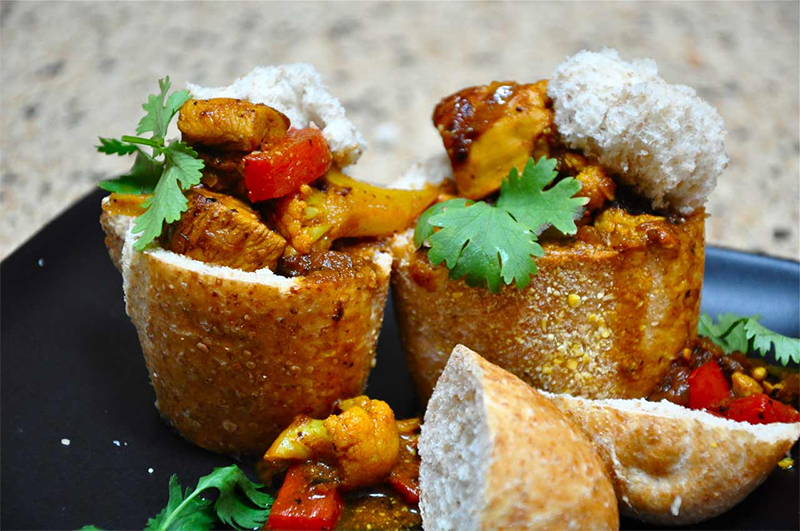 Africa is an underrated continent. The countries in this region don’t rank high when it comes to the most visited places on Earth, except for a few countries. The truth is that Africa has a lot to offer. From its vast wildlife to its breathtaking views, you have a lot of reasons to visit the countries in this continent.

Most of all, you can also try some of their exotic but really delicious dishes. For sure, most of the dishes on this list you’ve never tried before. For these dishes alone, you should already start packing your bags and planning your trip.

No, it’s not what you think. This dish is not made from an actual bunny. It fact, no one is certain how it was named as such. It is a quarter loaf of white bread that was hollowed out in the middle and filled with hot curry. This is one of South Africa’s most popular street foods. This dish was also inspired by Indian laborers who came to South Africa in the 19th century. If you want to taste the best bunny chow, visit Durban. 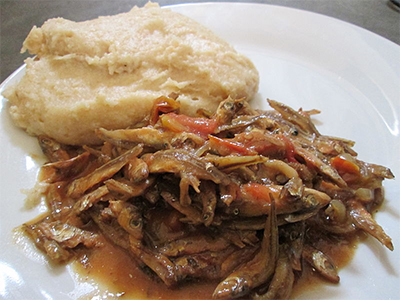 Kapenta is a fish that comes from a small freshwater which is native in Lake Tanganyika and introduced to Lake Kariba. Hence, you can exclusively taste the authentic version of this dish in Zambia and Zimbabwe. When cooked, kapenta is placed on top of a hot maize porridge. It may also be topped with tomatoes, onions and fresh greens. To eat this dish, you have to take the kapenta with your hand and dip it with a sauce.

Angola used to be a Portuguese colony and Angolans speak Portuguese. Hence, a lot of their dishes were also influenced by Portugal. This chicken muamba is a really spicy and oily stew. It is cooked with garlic and okra, often served with cassava leaves and white rice. A different version of this dish can be found in another African nation called Gabon.

Egypt is one of the most popular African nations due to its pyramids. While you are in this country, you should also try the Koshari. It is a vegetarian dish made from rice, garlic, chickpeas and lentils. It is blended together with spicy tomato sauce, topped with fried onions. It is commonly bought as a street food.

Moroccan dishes are among the most popular African dishes in the world. This is also due to the multicultural background of Morocco. Hence, their dishes are a perfect blend of flavors from around the world. This dish is a pie made from shredded chicken and egg sauce, placed inside a paper-thin pastry plus layers of spicy and nutty filling. It is commonly served during parties. It might look like your usual pie at first, but it tastes heavenly.

If you are now salivating because of these dishes, it is time to just book your ticket and go straight to Africa. You don’t want to miss the chance of tasting these unique dishes.

Featured and 1st image from http://digest.bellafricana.com/south-african-street-food-bunny-chow/