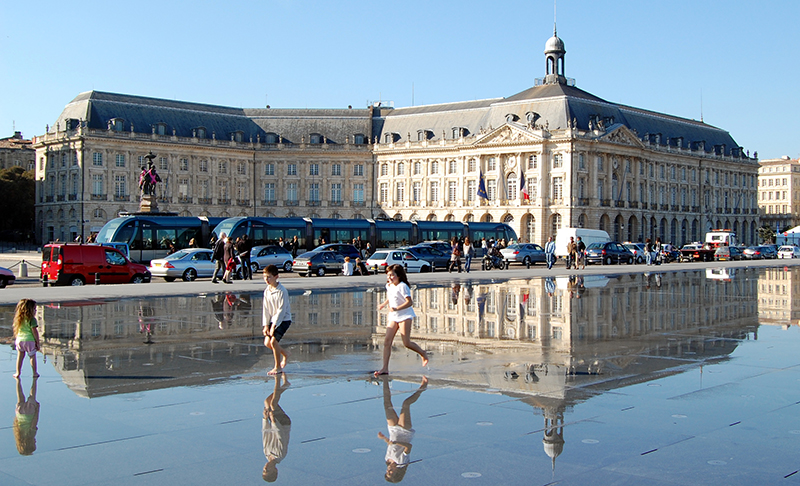 Bordeaux is a city in France that’s located along the Garonne River. Its crescent shape is the reason why it was called “Port of the Moon”. The city is rich in history and a glimpse of the past can still be seen in some of its places. Its interesting architecture also made it a UNESCO Heritage Site with over 350 of its buildings considered as historical monuments. The city is also known for its other nicknames like “La perle d’Aquitaine”, which means “The Pearl of Aquitaine”. It’s also called “La Belle Endormie” or “Sleeping Beauty” due to the center’s black walls caused by pollution. This is no longer the case as the city was restored and it’s now a bustling city that’s surrounded by gardens, cafes and museums. It has an English feel as it was ruled by the English for several years. This relaxing place is also dubbed as “Little Paris”. To make the most out of your trip, here are some of the things that you shouldn’t miss.

One of the UNESCO World Heritage Sites in the city, the cathedral was built in the 12th century and it’s an important part of Bordeaux’s history having a role in the Route of Saint James pilgrimage trail. From Médoc, Pilgrims traveled here going to Santiago de Compostela in Spain. Cathédrale Saint-André or Saint Andrew Cathedral architecture is grand and dramatic. You can also find the sculptures of Christ in Majesty, the Ascension and Last Supper here. The Bordeaux International Organ Festival is held in the cathedral during summer, where the best European organists showcase their talent for free.

This museum is located at the Jardin de la Mairie public park, which also offers a relaxing, beautiful view. It also uses part of the Hôtel de Ville or Town Hall. If you’re an art lover, you would find this museum really interesting as it would present to you the European art history. Some of the collections that are permanently exhibited here are works by Rodin, Renoir, Delacroix, Rubens, Veronese and Titian. You would find that the paintings are organized by period and country including Dutch paintings from the 17th century and French painting from the 17th and 18th century. There are also temporary exhibitions for contemporary art. 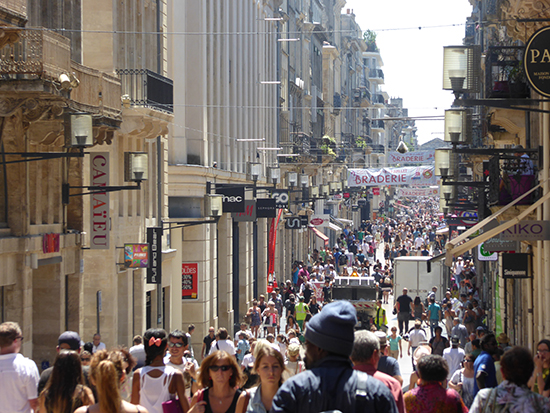 This pedestrian street is known to be a shopping spot in the city. It’s also the oldest street as it has been a road during the Roman period and called the longest pedestrian street in Europe. Boutiques, malls and shops selling various items including top brands like H&M, Zara and Promod are available here. This is a heaven for shopaholic as stores are on both sides as you walk the street. Aside from the shopping experience, you’ll also admire the gorgeous architecture of the buildings. Shops often give sales during the months of January to March, so if this is one of your major agendas on your travel, you may consider scheduling your trip during this period.

It literally means Water Mirror. The stunning view is impressive as the buildings that have been there since the 18th century have their reflection on the pool of water at their front. Aside from mirror, the effect changes to mist, so you may have a different view depending on the time of the day or weather. Nevertheless, it would be a gorgeous one.

Just opposite Miroir d’Eau is another attraction called Place de la Bourse. The square has buildings that are also from the 18th century that symbolize the period’s beautiful architecture. At the center of the square is the beautiful Fountain of the Three Graces. The structures reflect their images on the river, giving it a romantic and refreshing look.

Which do you think is the most interesting place to see in Bordeaux? Type your comments below.