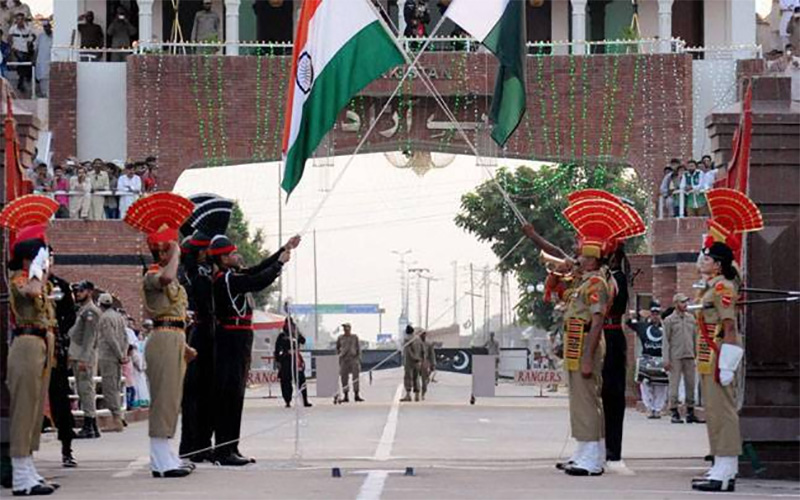 Border issues are tough. Disputes over territory have sparked several wars throughout history. This has become a hot issue these days especially with the US President’s rhetoric against immigrants trying to cross the border.

Not everything about border is negative though. Some of them are interesting but in a positive way. If you are planning a unique adventure, visit these interesting border crossings and be amazed with your experience.

The tension between these two countries has always been high due to territorial disputes. Most of their borders are heavily guarded by militaries on both ends. However, this border in the Kashmir region is extremely interesting. People gather every sundown at the border to watch a spectacle. Soldiers from both side wear their ceremonial attire to march around and lower the flags. They will then shake hands and everyone goes home. The gates are then closed.

The reason why it is easier to divide several countries around the world is because of natural borders. There is no more dispute since nature has already created the line. The Andes Mountain is a really huge line separating Argentina and Chile at it stretches up to 5,150 kilometers. If you happen to pass by the Hua Hum Pass, it is a memorable experience as you will see nothing but lovely scenery around you. Everything is green during the summer while it is blanketed in snow during the winter.

Everyone knows the tension between these two countries. Actual war that could lead to hundreds upon thousands of death could happen any time. However, these divided countries have also set a 250-km long demilitarized soon. It serves as a buffer between these two countries. Obviously, the south is more welcoming to tourists while the north is hostile, even to its own citizens. Therefore, if you want to see the border, you have to travel via South Korea. Head to the Panmunjom Village where the two sides actually meet without too much tension. You can’t actually cross, but if you wish to see North Korea, this is as close as it gets.

The Victoria Falls separate Zimbabwe and Zambia, and it is such a sight to behold. You have to see it to believe it. According to tourists, the best view is on the Zimbabwe side. There is a bridge connecting the two countries and as you pass by that area, you will have a better view of the falls. It is best to go there on February as the water levels are high so you can appreciate the views even more.

These are just some of the most interesting borders in the world. For some countries, border disputes have caused lives over the years. For some others, these borders are a symbol of shared interest and friendship. The borders might be a sign of separation, but they can also be proof that we can live in harmony even when we are apart.